Cheers to the old guard! 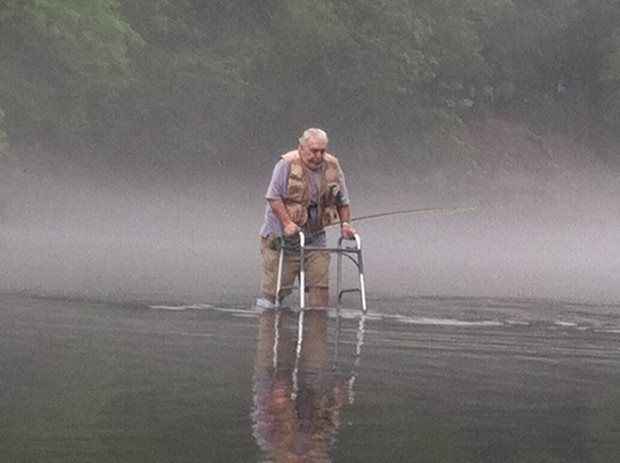 As a old soul, I’ve always loved fishing with older dudes.  As I approach my own half-century mark, I am actually feeling pretty young as an angler based on what I’ve seen from the old guard over the years.  I am eternally grateful and inspired by all of the older anglers that I have had the pleasure of spending time with, both on and off the water.  Those who came before us blazed the trails for all of us who have followed in their boot steps , flask passes, corker marks, and boat wakes.  I’ve gone from feeling a bit intimidated by old guides and clients when I was just a a punk young guide in my 20s, to slowly turning into somewhat of an old curmudgeon myself.  The good news is that I realize that I have lots of good years left on the water after being inspired by anglers who were in the “autumn of their lives,” which is actually my favorite season anyway.

Ned Long was my first fly tying teacher and fishing mentor.  He was an FFF Hall of Famer who wore a patch over a blind eye.  Well into his 80s, he could still tie his famous intricate dry fly patterns that I had a lot of trouble with, and I had two young eyes.  The grizzly war vet would also not hesitate to loudly call out gear chucking dirtbags for “throwing chicken guts” into fly only water whenever he encountered them.  Thankfully they refrained from engaging with old one eyed Ned, as I was often his fishing companion during these rather uncomfortable confrontations.  To this day I still refer to every bait fisherman’s bait as “chicken guts” regardless of whatever kooky ass bullshit they are using.  Thanks Ned.

Norm Christenson was an OG Rivers of a Lost Coast steelheader, dry fly purist, and North Umpqua Steamboater who still walked up and down those brutal trails in his 80s.  Then from there would go on a multi day float trip on the Deschutes or head to Montana for a month.  Norm was also an early mentor of mine on the famed spring creek Fall River, who “was not inclined to ever fish a bobber on a spring creek”, lest he would indignify the fish, the fishery, and most importantly himself in the process.  Today, his spirit haunts every kook who is now side drifting his beloved spring creek, and if you are guilty of this, enjoy the curse bestowed on you from a true Fall River legend.  Pro Tip: Norm took a river nap every day after a gin and tonic and fished into his 90s…lesson from an accomplished surgeon. 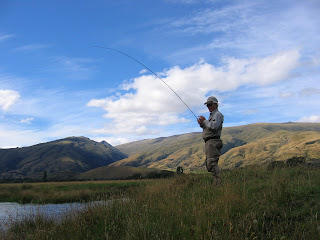 Logan Shurmer was well into his 80s when I took him on many multi day adventures to remote rivers in New Zealand.  He hiked and fished better and with more enthusiasm than most anglers less than half his age.  Logan just did both a little slower, which makes more and more sense as I get older.  Our many road trips and dinners together gave me belly aches due to his continuous comedic dialogue.  He trout fished every day it wasn’t raining in his home waters of Idaho and New Zealand. 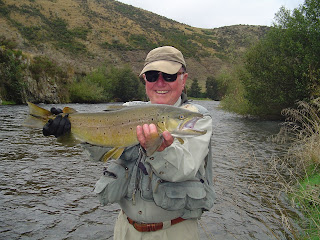 These guys taught me so many different life lessons, but a common one they shared was just don’t ever stop spending as much time as possible on the water to stay young…even if involves pain.

Scott O’Donnell had an epic quote about “older dudes” on my first multi-day trip with him down the lower Grande Ronde. We had a group of guys well into their 70s who seriously fished their asses off.  We were watching them pounding the homewater on the last night at camp, some were really struggling to still wade and cast with any measure of success or safety. It was more like swimming between aimlessly thrashing the water with a stick, with their faces grimacing in pain with each cast.  Almost dark, I was going to try and remedy the final meltdown or pull them out for beer thirty and just chill.  But Scott stopped me and said, “What are you doing?  Just let ‘em be.  Old dudes are always in pain.  They just never bitch about it when they’re fishing.”

For further reading on how awesome the old guard is, check out this superb piece from Tom McGuane on aging and fishing.  It was first published by The Drake magazine in the winter of 2018 and appears in their January 2019 online magazine that you can view on the link below.  This brilliant piece contains humor, wisdom, and important lessons on aging/fishing gracefully.  Check out the full article “Flyfishing While Old” here:

Some of my favorite quotes from the piece:

“Wheel me out on a platform. Hand me a size 18 bluewing, pre-tied to a 5X tippet. The only issue is whether the monofilament deteriorates in strength and memory before I do.”  Skip Herman

“And I regret the contempt, however faint, that I once felt toward fishermen sitting in chairs on the shores of lakes and the banks of rivers. I can no longer wade in currents.  If I’m not on a boat, I’m casting on a chair at the edge of the water” John McPhee

“On balance, there are better ways to catch fish; here in the West, floating in a driftboat is probably the most effective, and easily free-bases ten to twenty miles of river in a day. Now that millennials are making a bit of dough, I often see them go past when they are not running over me. “  McGuane

“First came the wading staff, then the judgment that slow water over a smooth bottom is likely to hold more fish than the deep pockets and fast current against the boulder on the far side.”  Tom Brokaw